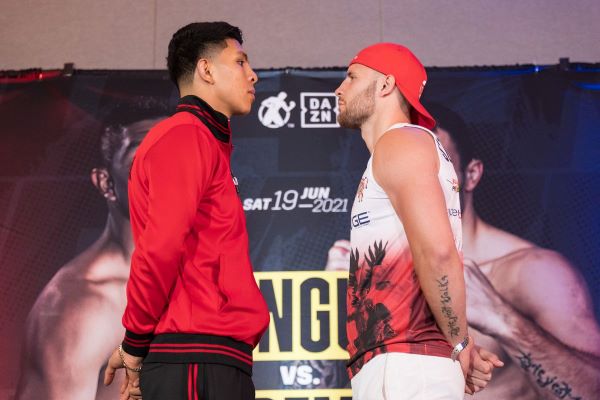 It took a round for Jaime Munguia to feel out Kamil Szeremeta but once the champion did, you see why he’s one of the best in the world. Munguia (37-0, 30 KO’s) won when Szeremeta quit on his stool after the 6th round.

After the first round, Munguia varied his attack and it started with his work Szeremeta’s body. Early on, Szeremeta kept his guard up high and Munguia took advantage of it. What came to the surprise to most was Szeremeta’s willingness to stand right in front of Munguia.

Jaime Munguia was just too much for Kamil Szeremeta 💪

The domination continued into the fifth round when Munguia followed a right hook to the body with an uppercut that appeared to stun Szeremeta.

Szeremeta started off the 6th round faster than the previous four as Munguia exercised some patience. The patience didn’t last for long as Munguia opened up landing jabs, hooks and every other punch you can think of.